According to the district attorney, the complainant suffered damages totaling at least $20,000, which appears reasonable given the conduct alleged in the complaint; or

Two or more regulated persons jointly engaged in the conduct that is the subject of the complaint.

Licensees may only perform activities at specific premises if they are authorized to do so by state licensing authorities. When a complaint is filed against a person regulated by a board or commission, a district attorney may not request records from a licensing authority.

In addition, the act authorizes state licensing authorities to enter into an interagency agreement with the attorney general or the attorney general’s designee for the referral of complaints alleging violations of consumer protection laws, subject to approval by the head of the executive department in which the state licensing authority is located. 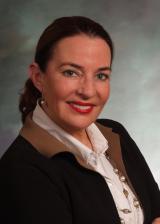 FREE RENTAL ANALYSIS
Receive a customized report in about 5 minutes

Recognized for our expertise and results, we proudly offer the area’s best property management.